There’s Nothing Sexy about Gender in LOINC®

By now, you may have come across sex and gender being treated as two separate concepts, which sometimes results in confusion and overlap in how they are used to encode data in healthcare, especially if the two domains appear to share the same members (e.g., male and female in both value sets). For LOINC, the Regenstrief Institute follows the World Health Organization (WHO)’s definition of sex and gender: 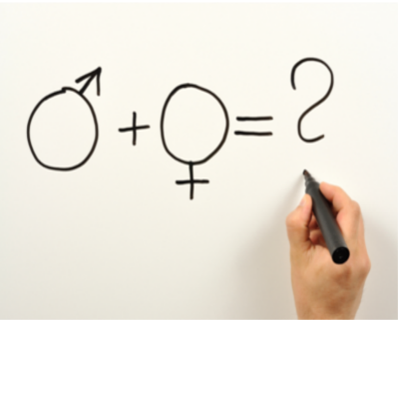 • Sex refers to biological and physiological characteristics: male, female
• Gender refers to socially constructed roles, behaviors, activities, and attributes: masculine, feminine
That being said, LOINC corrected multiple terms over the last few releases to align with the WHO definition, and it may be of interest to have a quick overview here.

In the June 2017 release (2.61) of LOINC, there are 19 active terms for encoding sex or gender, as listed below.  Only one is for gender (76691-5): the self-reported gender identity of the patient.  The other 18 terms revolve around the sex of the patient, their sibling or other family member, fetal cells, the provider, and a tick. Are you surprised to see a tick listed in this discussion? LOINC has a variety of use cases, therefore usage or source play a part in creating the variety of terms. For the sex of the patient, their sibling or other family member, the property of Type is most commonly used, with normative answer lists for survey instruments (which MUST be adhered to, as commented in the April 2017 Tip of the Month: Tips to Identify the Correct LOINC Scale).  For example, the normative answer list for North American Association of Central Cancer Registries (NAACCR) Data Standards and Data Dictionary version 11 is comprised of Male, Female, Other (hermaphrodite), Transsexual, and Unknown. The normative answer list for U.S. Surgeon General's Family Health History Portrait (54131-8) only has Male, Female, and Other. The same normative answer list is used for the LOINC term (74698-2) for the Agency for Healthcare and Research Quality (AHRQ). In comparison, while the LOINC term (72143-1) for Health Level Seven (HL7) version 3 also has three items in its normative answer list, it replaced Other with Undifferentiated while retaining Male and Female.

The sex of the provider is recorded in the Nursing Management Minimum Data Set (NMMDS) as part of the nursing care demographics (76661-8). This LOINC code wouldn’t be seen in a patient record, but is data minable as a survey data element. NMMDS also records observations (76360-7, 76361-5) used to determine the proportion of staff on a nursing unit or service line by gender, but the LOINC terms for those have properties of Number and Number Fraction, i.e., the answer list would not be a value set (Male, Female, etc.).  In contrast, the American Physical Therapy Association adopted the methodless LOINC term (81886-4) to record the sex of the provider.

For LOINC terms that are not part of a survey instrument, context and inference could come from the attributes. For example, studies of free circulating fetal cells for predicting the sex of the fetus (75604-9, 75668-4, and 75693-2) employ LOINC properties of Finding and Likelihood.  The example answer list (not normative) includes Female Fetus and Male Fetus. These three LOINC terms would be seen in a maternal record, but separate from the patient’s demographic section.  The sex of the new born recorded on the subsequent birth certificate has its own LOINC term (76689-9).  There are also LOINC terms for recording the sex of the fetus by ultrasound (method of US).

Last but not least, infectious disease management of Lyme’s Disease would utilize the tick terms for either the sex of the tick or the sex and the stage of the tick; most likely the usage would be in the public health arena.

The choice of a LOINC term to encode sex may be important for correct algorithm performance in calculating risk-based predictors or sex-based references for a variety of lab tests. Check with IT services for which laboratory/radiology/pharmacy algorithms are capable of reading the patient’s demographics information in the record, and which may be reading result field entries (e.g., coming from HL7 messages).