When is Tylenol the same as acetaminophen? When is it not? The former is a trade name while the latter is a generic name for a drug. Tylenol can refer to a whole portfolio of products which can contain a therapeutic cocktail of several compounds in addition to acetaminophen such as diphenhydramine (Tylenol PM) or dextromethorphan, guaifenesin & chlorpheniramine (Tylenol Cold+Flu Severe). Acetaminophen can go by another name outside the US, Paracetamol, and is increasingly referred to by its chemical compound acronym APAP for acetyl-para-aminophenol. So, to ask again, when is Tylenol the same as acetaminophen? 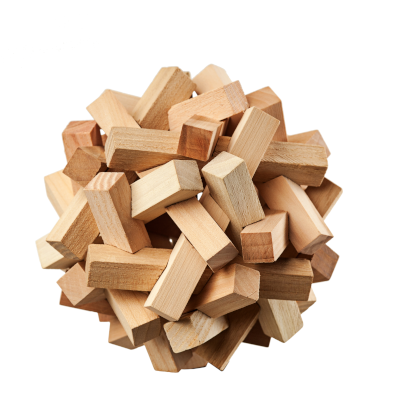 Establishing semantic equivalence (i.e., that two items are considered to have the same meaning) is a key requirement in mapping across datasets and terminologies, in order to enable interoperability for data encoded with different coding schemes. Terminologists have many ways to determine equivalence amongst various entities and performing the classical logic exercise of establishing necessity and sufficiency can be effective as well as entertaining.

The premise of necessary and sufficient conditions are used by all of us in our everyday lives. It is a method to think objectively about what something is and what it isn’t. The statements about what something is or isn’t are conditional statements meaning that in order for a statement to be valid, certain conditions must be met. By extension, if those conditions can be met by another entity, then that entity is sufficient for the statement to remain valid. Sounds confusing, right? It’s not, really. People do it all the time without realizing it – in other words, it is rarely explicit. When working across terminologies and establishing relationships for client projects, explicitly establishing necessity and sufficiency in a given scenario can be a powerful tool and assists in meeting specific client use cases.

Necessity or a necessary condition is a condition which must take place in order for a statement to be valid or true. To illustrate, let’s start what is perhaps the US healthcare industry’s most crucial therapeutic liquid suspension intended for oral administration: coffee. The coffee referred to here is a drink (necessity #1 or n1). It’s made from coffee beans (n2). Water is used to mix with the (ground up) coffee beans (n3). Simple enough, right? Examining the above explanation reveals a few necessary conditions for something to be coffee:

Necessary condition #1: It’s a drink. There are coffee beans, coffee powders, coffee ice creams, etc. BUT unless they are in drink form, according to the example necessity statement, it’s not valid.

Necessary condition #3: The liquid from the coffee bean-water admixture constitutes coffee. Notice hot water wasn’t specified (thus cold brew coffee meets the condition) nor was passing through a filter (thus Turkish coffee also meets the condition). However, liquids other than water (such as coffee flavored liquors) don’t meet the condition.

Next, let’s evaluate the statement “espresso is a coffee” to see if it is sufficient to meet the necessary conditions, thus making it true. Espresso is made by forcing hot water through finely ground coffee beans under pressure. The liquid that is extracted from this process constitutes an espresso shot. It is a drink (n1), made using coffee beans (n2) and water (n3). So espresso is sufficient to meet the necessary conditions of coffee, ergo, espresso is a coffee.
Knowing what semantic equivalence is helps you recognize when two items share some properties in common but are not considered equivalent. While a common mapping use case is semantic equivalence, other relationship types between concepts, such as “broader than” or “narrower than” (or parent-child or sibling), are useful. Let’s take a clinical example:

SNOMED 66951008 |Carotid endarterectomy (procedure) is a procedure where, as SNOMED defines it, an atheroma (a vessel wall thickening morphology, often but not always, attributed with lipid plaque formation) is removed or excised from the carotid artery.

What if the direction of map is reversed, i.e., you need to map from each of the many ICD-10-PCS codes to a SNOMED concept? Here are some examples:

Different use cases can guide how the relationships between terms (in ‘mapping’ between them) are achieved. Some terminologies may be far more specific (granular) than others and the individual components or attributes of a concept can be used to establish mappings to a broader or narrower concept, using different relationship types to specify the intent. Regulatory guidelines may state that for a specific application a whole group or domain of concepts is to be excluded even if they are semantically equivalent.
Let us know if you have questions, if there are other topics you’d like to hear about, or if you’d like our help with terminologies and map sets!