The human body: A potential diagnostic lab inside you

The body and its reaction to disease and infection is still very much a mystery. Sometimes we have signs and symptoms that lead us down a rabbit hole only to bring up even more questions. What part of the body is causing the issue? How did it start? What are some key factors that make the matter worse? 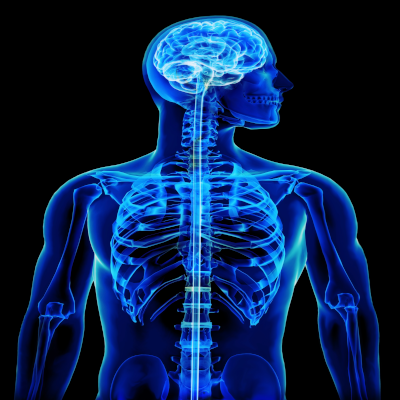 Let’s say you noticed an unusual growth just under the skin. Most likely, the protocol would be to have that growth biopsied to make sure it is benign. But unlike a suspicious growth right under the skin, some manifestations of disease are not as easy to obtain. Two principal problems that providers often encounter in this type of situation are: 1) The tissue that needs to be sampled can’t be routinely biopsied, and 2) Doctors don’t always know what tissue is causing the problem, so they wouldn’t know where to start.

The University of Michigan Biomedical Engineering group, called PRecision Immune MicroEnvironments (PRIME), has been conducting research intended to eliminate some of those limitations. Led by Dr. Aaron Morris, this group aims to make the human body behave like its own diagnostic lab.

While our body can heal itself with the power of tissue regeneration, not all tissues can regenerate, and some can take more extended periods to recover. For example, skin can quickly regenerate to heal a wound or bruise, while brain and spinal tissue cannot. This inability to regrow brain and spinal tissue is a problem in the diagnosis of multiple sclerosis (MS). MS is an autoimmune disorder that affects the protective sheath covering the nerve fibers of the brain and spinal cord, leading to progressively increasing nerve damage and oftentimes paralysis. Although there are no specific tests for MS, diagnosis of the disorder primarily relies on doctors to rule out other conditions with similar signs and symptoms
(which are referred to as the differential diagnoses).

A doctor could recommend blood tests, a lumbar puncture, or an MRI of the brain and spinal cord, but it would not be enough to provide the information we need to take a proactive approach to care. The best specimen source of information for an MS diagnosis are the brain and spinal cord, teaming with active disease-inducing cells. We can’t routinely biopsy this kind of tissue, but what if we could make those biopsy sites more accessible and monitor them through noninvasive devices such as your cellphone, computer or smartwatch? This is the “inside-out approach” to diagnostics advocated by team PRIME. The approach consists of three steps:

There you go—our very own internal diagnostic lab! Team PRIME has used this approach on disease models such as metastatic cancer, type 1 diabetes, MS and organ transplant rejection. Considering how far medicine has advanced, the idea of a diagnostic lab in your body may be pretty unconventional but not too far from reality.

More in this category: « TEFCA: An important step toward a national health information network Complications with security and privacy for dementia patients »
back to top