Social determinants of health in the time of COVID-19

It has been over 100 years since the Spanish Flu spread across the globe. Although we cannot make a direct comparison between then and now, there are contributing factors in the past have persisted into our current pandemic. The living conditions of an individual played a large role in the mortality and severity of those infected with the Spanish Flu: extreme poverty, poor sanitation and hygiene, overcrowding, malnourishment and limited access to resources. Looking at COVID-19 today, we see these same socioeconomic factors infection and mortality rates: 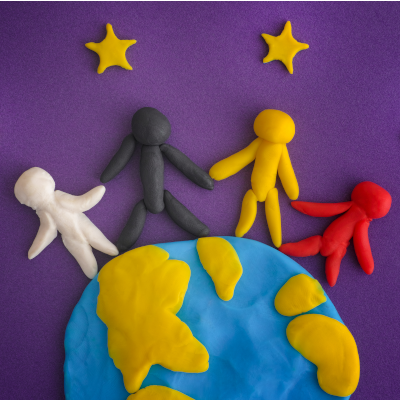 Pandemics are not an individual problem but largely a social problem. Social determinants of health (SDoH) subjectively contribute to 80 percent of our health outcomes. Data points for these SDoH are critical predictors of the outcome of a pandemic for an individual, a community, and society as a whole.

Governing agencies, both local and federal, acknowledge that poor community and individual living conditions impact how people will be able to respond to and recover from a disaster. The CDC’s Social Vulnerability Index (SVI) “refers to the resilience of communities when confronted by external stresses on human health such as natural or human caused disasters.” The CDC utilizes data from the U.S. census to identify communities that need support in responding to and recovery from a disaster. Bronx County, NY received an overall SVI score of 0.9904 (1 being the highest vulnerability). As the poorest borough in New York, they have been one of the hardest hit by COVID-19.

Currently there are over 38 million people living in poverty in the U.S. The trickledown effect of COVID-19 will drive those numbers up, as millions are filing for unemployment, food bank lines are longer than ever, and housing and food insecurity is increasing. Crisis has a way of shining a light on weaknesses; the capturing of SDoH in electronic health records (EHRs) is one of them. The COVID-19 pandemic is highlighting that SDoH have been neglected.

It is not a novel approach to include SDoH in population health management. Dating back to the 19th century, an American physician, Dr. Richard Clarke Cabot, helped pioneer the practice of social medicine. He was the first to develop the role of social work in U.S hospitals. He believed that a person’s economic, social, family and psychological conditions were a critical factor in his or her health conditions. Dr. Cabot noted the correlation between a lower social status of a patient and their likelihood of becoming ill. He advocated for improving health outcomes as the socially responsible approach to patient care. Though this concept isn’t new, the push to address environmental and socioeconomic factors in health care has found renewed attention in recent years.

The World Health Organization (WHO) established the Commission on Social Determinants of Health in 2005. They define SDoH as “the conditions in which people are born, grow, work, live and age, and the wider set of forces and systems shaping the conditions of daily life.” Some of these factors are food insecurity, housing, employment, transportation, social support, etc. While there is no universal agreement on a single definitive set of SDoH factors, there is at least a common understanding. As we continue to move toward a common definition, standard terminologies have already identified or created concepts that can be used to encode SDoH. As an example, ICD-10-CM has a subset of encounter codes used to capture additional factors that influence a patient’s health. These Z codes coincide with diagnostic or procedural codes being used in EHRs and are acknowledged by CMS to be used as identifiers of SDoH. Categorization of these codes is only the beginning of capturing SDoH in EHRs. The complexity of these risk factors as they relate to each patient requires the creation of additional codes, and for providers to use them. Recent research published by CMS reported that only 1.4 percent of Medicare beneficiaries had claims that included encounter codes, the most prevalent being Z59.0 Homelessness. With the increased attention on SDoH, CMS has pushed for the use of Z codes to establish more comprehensive EHR data collection that accounts for patient variables outside of the presenting medical problem.

Organizations throughout health care are recognizing the critical need to address SDoH and create harmonization of data across settings. State and federal agencies, payers, providers, EHR and analytics vendors, coding systems, and information service companies are identifying where systems intersect and the role these systems play in driving new methods for data collection. While the current COVID-19 crisis may appear to be diverting attention from SDoH, at the same time it is making clear the need to include SDoH in the overall strategy to combat the pandemic’s spread. One day (hopefully soon) the COVID-19 pandemic will be brought under control. In order to derive “lessons learned” from it, data must be collected comprehensively, accurately and—to be usable—in an interoperable and computable form. Last but not least, an inter-agency approach will be needed to drive a holistic approach to patient care.

The post Social determinants of health in the time of COVID-19 appeared first on 3M Inside Angle. 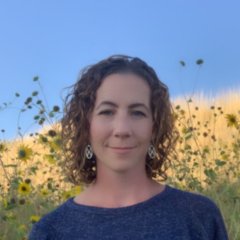 Amanda Steffon has a Masters of Social Work (MSW) from the University of Utah and is a Licensed Clinical Social Worker (LCSW). She joined the 3M Healthcare Data Dictionary (HDD) team in 2019. Amanda has worked for over 7 years in the healthcare industry, focusing on long term care and rehabilitation. Her work involved collaboration with hospitals, mental health providers, physicians, community organizations, and state agencies to advance the wellbeing of patients holistically. Since joining 3M, Amanda has helped our customers implement standard terminologies such as SNOMED CT, LOINC, ICD-10-CM, ICD-10-PCS and CPT. Amanda’s experience in clinical social work has provided her with the opportunity to apply her knowledge to patient-centered care with a focus on Social Determinants of Health (SDoH), including collaboration on SDoH-related terminology and value set creation for interoperability.

More in this category: « Leveraging COVID-19 value sets to ensure comprehensive data collection The Women in AMIA Leadership Program: That’s a wrap! »
back to top