To keep up with the sheer quantity of SARS-CoV-2 testing and the lack of reagent during the pandemic, laboratories have begun to use the “pooling method.” Originally used as a blood banking technique, specimens of interest are pooled together and screened for a single analyte. The lab runs a single test once with multiple specimens; if that test is negative, one concludes all specimens in the pool are negative. If the pool is positive, those specimens are then tested individually. This method works best when there is a low positivity rate in the area that the specimens are collected. Pooling saves time and reagent volumes. 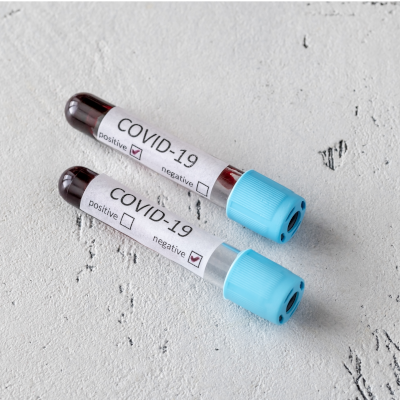 The CDC defined pool testing (also referred to as pooled testing, pooling, or batch testing) related to COVID-19 as “… combining respiratory samples from several people and conducting one laboratory test on the combined pool of samples to detect SARS-CoV-2, the virus that causes COVID-19” (2020). Their guidance suggests using this technique when the “positive test result is expected to be low.” The decision to pool specimens lies with the laboratory medical director; the rate of COVID-19 positivity and the reagent volume currently in supply are vital considerations.

During the recent Fall LOINC conference, I attended a lecture discussing pooled testing for COVID-19. Pooling tests together is an effective way to knock out many tests at once, making it useful for surveillance. Two disadvantages that captured my attention were retesting and not being able to use this technique in areas with higher positivity rates. Presumably, if the positivity rates were low, retesting would also be low. However, we could increase the likelihood that the laboratories wouldn’t need to retest after pooling by leveraging the patient’s clinical data. We could also expand this technique’s use in areas with higher positivity rates with the clinical information that indicates that the patient is likely to be infected. As clinicians, we know when patients are more likely to have the virus based on their signs, symptoms and exposure status. The issue is whether this information is communicated, or not, to the laboratory.

To explore this idea further, I needed to know what information makes it to the lab. I asked Pam Banning, the co-chair for the lab LOINC committee, whom we are fortunate to have on our team. She confirmed that minimal data makes it to the lab, generally some patient demographics, billing information, and the name of the clinician who ordered the test. This information is attached to an individual specimen.

I began to wonder: How could we communicate to the lab that a specimen should or should not be pooled based on the patient’s clinical data? The more information supplied to the lab with each specimen, the more informed a decision they could make regarding pooling. The patient’s clinical data could increase the number of specimens pooled despite the area’s positivity rate. It could also save time and money by limiting retesting. It could also raise laboratory productivity by increasing the number of samples pooled.

In order to get tested locally, you are required to schedule an appointment. If doing this online, you will be given a questionnaire to fill out, detailing your symptoms, known exposure and any underlying conditions. This information is taken, and an order is generated for the test. The only information communicated to the testing site is the same limited set that is given to the laboratory. This appears to be a lost opportunity for innovation.

Here is a possibility to consider: If a certain number of clinical criteria are met, a specimen is flagged with “Don’t Pool.” The testing site doesn’t need this information, so there wouldn’t be any impact on them, but it could be very useful for lab decision making. The lab would then know that this specimen should be tested individually as it is likely to be positive. The same opportunity could also be leveraged in the clinic or hospital. When a clinician is ordering a laboratory test, a pop-up could ask the clinician some key questions. Based on their responses, it would generate the “Don’t Pool” flag.

The United States is using all its brain power to find the best way to do the right test on the right patient at the right time. Thinking outside the box has become the norm in battling COVID-19. Other opportunities are bound to be discovered which have the potential to increase testing productivity during the pandemic. Why not leverage all the information we have? 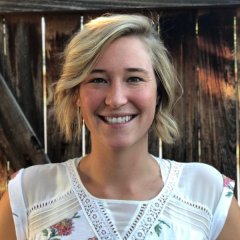 Dannie Greenlee RN, BSN has worked as a Clinic Nurse and Care Coordinator for six years, with experience in Medical/Surgical nursing, Surgical ICU, and wound care. Since joining the 3M HDD team in 2019, she has worked on terminology mapping projects using SNOMED CT, LOINC, ICD-10-CM, ICD-10-PCS, and other terminology standards. She has an interest in helping customers apply standard terminologies to real world operations, and maintaining and updating standards to support interoperability in EHR projects.

More in this category: « The vax method to the COVID-19 madness: Vaccine development in a pandemic Time to consider a national patient identifier »
back to top