From the OSEHRA 2014 Summit

I had the opportunity to talk about 3M’s open source HDD Access at the 2014 OSEHRA Open Source Summit in the Washington D.C. area (Bethesda, to be precise) earlier this month. This was my first time attending OSEHRA; I enjoyed the conference and I hope to be back to learn and contribute more. The title of my talk was “Enabling Interoperability between Standard and Local Terminologies using HDD Access.” The two other speakers in the session talked about the difficulties encountered when trying to achieve interoperability. This turned out to be a good introduction to my talk, which focused on how HDD Access can help to achieve interoperability.

As a visual learner and teacher, I like to demonstrate hands-on rather than using slides alone. Starting with a new installation of HDD Access, I was able to show in five minutes how to create a local extension and a local pharmacy terminology, how to add (map) a local pharmacy concept (“Aspirin”, with its local code and display name) to an equivalent concept in the HDD, how to browse the created content using the web-based terminology browser and how to translate the local pharmacy code into its equivalent RxNorm code (RxCUI) using the API. Shahid N. Shah, a software architect and blogger (who was another speaker in the session) said “I’ve been building digital health systems like EHRs for years and have manually been doing what HDD Access does right out of the box. This can easily save hundreds of hours of work in almost any sophisticated health IT software or modern mobile app. If you’re a product manager, architect, or tech lead you owe it to yourself to evaluate HDD Access.” In fact, there was a time when this would have taken me a few hours *with a terminology server.* Another participant in the session mentioned that this would have taken him 100 hours. With the help of the DoD VA IPO and the standards organizations that support 3M’s effort, I’m happy to say that these tools are free and open source! – they have been for the past few years, actually! I also had the opportunity to attend many other informative sessions. I attended an educational session on the future of the VistA EHR – VistA Evolution – with strong interoperability, usability and extensibility. In addition, it will be Meaningful Use certified. I also saw growing interest in FHIR (an up-and-coming HL7 standard) from the OSEHRA community. But the talk that impressed me the most was by Omar Shboul, the Chief Technology Officer of Electronic Health Solutions (EHS) in Jordan. EHS, better known as”Hakeem” (“physician” in Arabic), has implemented a nationwide, centrally hosted EHR by customizing the VistA EHR for their needs. They started in 2009, and have completed the deployment in five years, covering all of the public-sector healthcare facilities (around 300) in Jordan, a country with a population of about eight million. This is an impressive feat, and it deserves to be replicated. When I asked Mr. Shboul how they handle any downtime, since they have a single centralized installation, Mr. Shboul said they are working on local computer nodes with storage capabilities for the hospitals which will serve as a fallback option. As a physician (and a patient, as we all are), it is great to know that they are planning ahead. You never know when your internet connections or hosting centers will go down. Finally, I wonder what it would take for a VistA-based EHR to use HDD Access as its terminology server. HDD Access can help you to have a clean terminology server for all the data that your system captures, and helps you to gracefully deal with standard and local terminology changes over time.

The post From the OSEHRA Summit appeared first on 3M Inside Angle. 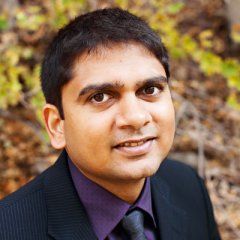 More in this category: « So what’s the Big Deal with Big Data? Happy LOINCing with HDD Access! »
back to top