It has been 20 weeks since the World Health Organization declared the COVID-19 outbreak a pandemic on March 11, 2020. People have been getting a bit stir-crazy with the social distancing, but as restrictions are slowly lifted state by state, we see the side effects of being away from friends and family. The summer holidays including Memorial Day and the 4th of July brought huge crowds together despite the efforts of public officials to keep gatherings to a minimum and to encourage social distancing. I chose to spend the weekend with my family at a cabin by a lake and tried to keep a good distance away from society in general and just enjoyed family company. As I prepared breakfast one day, I listened to the news and heard reporting about Sweden’s Herd Immunity approach to the pandemic. I thought it was rather interesting that one of the most progressive European countries would go this route rather than “quarantining” like most of its surrounding neighbors. The news showed videos of Swedes walking, sometimes shoulder to shoulder, through the streets, gathering outside sitting on the green grass in a park, and dining at outdoor cafes, seated closely together. Is this the right way to respond to a pandemic?

Sweden’s approach is based on the theory that the people will build what is called “herd immunity,” which is “an epidemiological concept that describes the state where a population is sufficiently immune to a disease—either through vaccination or natural immunity—that the infection will not spread within the group.” With efforts to develop a COVID-19 vaccine still in the testing stages, let’s try to simplify and imagine what the body must go through before it can build immunity to a disease. Our immune system is a legion of billions of cells that have specific functions that help against attacks of harmful microbes. Your body is bombarded with these microbes every day, but because your immune system handles it, you don’t even notice. If your body is overpowered by these microbes, however, and an infection develops, your immune system gets into high gear! Dendritic cells collect information on the attacking foes and then activate the body’s weapons factories, namely the antibodies. Antibodies are like targeted missiles made specifically to engage the infection-causing microbes. This process can take several days, giving the infection time to do a lot of damage. Because your body is under constant attack from disease, your body has developed a way to get stronger with every encounter over time. If your immune system takes on an infection that is strong enough to trigger your antibodies again, the body creates what we call memory cells. These memory cells can remain dormant in your body for years but can be reawakened as soon as the same microbe causes another infection. The memory cells act as a commander coordinating counter attacks and ordering the production and release of antibodies against the infection. This process occurs much faster during the second infection than the first infection. You may not even feel sick and your body may build immunity to that disease forever. 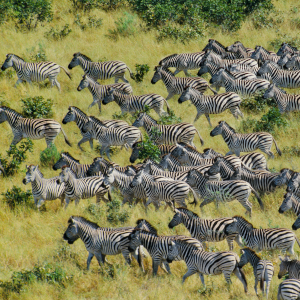 But who really wants to get sick with the measles, mumps, rubella, or chickenpox to develop this immunity? This is where vaccines come into play. Like the actual disease-causing microbes, vaccines stimulate the production of antibodies, but vaccines are considered less dangerous. Vaccines are often made from weakened, killed or ripped apart forms of the microbe. This makes it easier for the immune system to defeat the microbes and create more memory cells to prevent a more serious live infection.

The proportion of a population required to be immune in order to have herd immunity is estimated according to the contagiousness of the infectious disease, which is in turn indicated by the basic reproduction number R0, pronounced “R naught.” COVID-19 has an R0 of roughly 3, which means that every person who is infected will pass the disease on to 3 people. The higher the R0 (indicating how contagious the disease is), the higher the proportion of population that would need to be immune to achieve herd immunity. For example, mumps has an R0 of 10-12, so 95 percent of the population would need to be immune to achieve herd immunity for mumps—usually accomplished by large-scale vaccination. For the population to develop herd immunity to COVID-19, 70 percent of the U.S. population must be immune. Since there isn’t a vaccine yet for COVID-19, the only way we can get to herd immunity is through “natural” infection. The U.S. population is estimated at over 330 million, which means 231 million infected people are needed to achieve herd immunity. 10 percent of COVID-19 infections require hospitalization and the current fatality rate is 0.5 to 1 percent. You can see the health outcome for the country would be disastrous!

Herd immunity may not be the right solution at this time. Stay safe and stay responsible!

Rate this item
(4 votes)
Tagged under 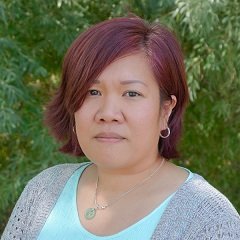 More in this category: « Time to consider a national patient identifier US Laboratories Respond to the COVID-19 Pandemic »
back to top