Graduating with two Bachelor of Science degrees (biology and medical technology), the sciences ruled my younger world. My term schedules had only the minimum number of humanities electives for the degree, and art appreciation classes were very foreign to my brain then. Yet, there have been three instances in the past 20 years when art brought me relief and allowed me to focus on advocating for loved ones. When in despair, I find that sometimes I am unable to adequately express my emotions through language, and am unable to focus on needs of any kind (either my own or those of others). That’s where art has proven to be an unexpected help to me.

Two of these experiences were traumatic accidents and the last was a mental health crisis. The first accident happened during an initially fun weekend riding ATVs on the sand dunes of Florence, Oregon. These dunes are notorious for sheer drop offs that appear and disappear with shifting sands in the ocean winds. Overconfident, a family member took a wrong climb that led to an 8-foot drop, where they lay underneath 500 pounds of machine. We rushed to a local urgent care where a punctured lung was reinflated before a Life Flight to a trauma center.

Over the next several months, I tried to be present for as many physician rounds as possible. To say it was a difficult time is an understatement. Filled with emotion and worry, I used a journal as an outlet, pouring toxic thoughts, anger and fear onto the pages. The first page of the journal had a print of Edvard Munch’s The Scream. This piece frightened me earlier in life; I didn’t like seeing someone in despair and did not appreciate the artwork then. So why did I start the journal with it?

The drive to the hospital included a large bridge over the Willamette River. The bridge acted as a transition point mentally for me to regulate my emotions and to bring on determination and grit to advocate for the family member. The Scream portrait came into mind and surprisingly an internal pressure vent was released. I began envisioning the piece whenever my words wouldn’t serve, or when frustration was building. That’s how the painting came to be on the leading page in the journal.

The second accident happened at a two-story home built into a steep hill. My family member was assisting in cleaning eaves and looked up to enjoy the view, but gravity plus aerial disorientation caused a fall that broke their back. This time we experienced the world of neurology in addition to surgery. Having experienced the first trauma, I turned to art faster than before.

This time I needed images of a whole family and interactions with family members. The works of American artists Mary Cassatt and John Singer Sargent helped. I found the images of mothers with their children in repose soothing, allowing me to achieve calmness when I was frustrated and worried about the future. The stately portraits by Sargent were a perfection of light and textures; everyone regally composed and unafraid of the day. My brain could quiet so I could build my lists of questions and observations for the next health care appointment.

My latest need for art as a crutch came from a mental health crisis for a family member. A change in medication created unexpected episodes of mania and waves of unusual behavior that exceeded the boundaries of social acceptance. When I fell asleep after 40 hours of guarding them, they left the house and wreaked havoc. Mental health hotline phone numbers were added to my cell phone, as I called the inpatient facility multiple times each day and night to learn if the patient was comfortable or distraught, and if the latter, to provide background information that might help to manage the crisis.

My emotions were a minute-by-minute roller coaster for weeks, and I found my usual optimism tapped out. Sometimes a conversation seemed entirely normal, until my loved one made statements as if they inhabited another dimension. I was peeking into a fractured landscape through a broken lens. Can you imagine what artist I used during this advocacy? Yet another that I did not like in my youth: the abstract works of Pablo Picasso. It helped me appreciate that my view from the outside did not match my family member’s view on the inside, but both sides of the view were correct at the moment.

The resilient traits of a patient advocate include the ability to isolate facts from thoughts, to block off time for reflection to recharge oneself and to use visual language along with verbal language to augment self-centering. One cannot serve others in communicating with society and providers unless they can remain rational and reasonable. Art helped me, and that’s why I am sharing my experiences. Best of luck on all your patient advocacy journeys. 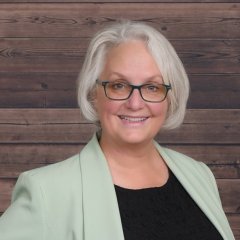 More in this category: « Part 2: A view of SDoH through the eyes of a social worker Can Clinical Documentation Improvement specialists play a role in length of stay? »
back to top