Five things I learned from my EHR patient portal

Recently, my family took me to an Emergency Room when I suddenly lost my sense of touch on the left side of my face. Fully conscious and cognizant of all observations being recorded among the flurry of ER personnel, I tried to keep calm and centered by envisioning the terminology coding associated with each measurement being taken (blood pressure, neurological observations, assessment questions). This is my career and passion, after all, assisting clients in adopting terminology standards like LOINC and SNOMED CT in their electronic health data. Thankfully, I was cleared by the stroke and myocardial infarct protocols without fail. Nevertheless, the ER team decided to keep me for observation overnight. 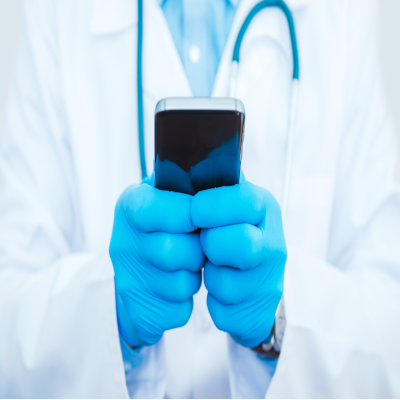 Once moved from the hustle of the ER scene, I settled into an observation bed with my smartphone in hand. I now had the time and the curiosity to enter my patient portal and see what was going on, something I hadn’t done in years of being a healthy outpatient. I was wrong in thinking I knew what I would find.

Only encounters from the same provider system are in the portal: My first logical search was for the most recently completed outpatient encounter to serve as a time benchmark, but I discovered that it was not in the portal because it was with a different provider system. I had chosen nephrology, dermatology, pulmonary and gastroenterology specialists by reputation rather than restricting to a single provider system. Luckily, this new symptom wasn’t a complication or part of past encounters, and I was able to provide my past medical history, so the lack of historical information in the portal wasn’t a critical problem this time.

The portal doesn’t upload or retain everything you input: When I chose the option to update the portal with more recent information on medications/supplements and flu shots, the portal stated that the input from my smartphone was accepted, but the nurses’ view never received this update. I also used the portal to communicate with the insurance department. Again, I was alerted that the email was sent, but a month later when I called the insurance office, they had never received the message.

There is a time lag before data shows up in the portal: I was startled when I was given an 80 mg statin in the ER, as this wasn’t my usual dosage and it seemed out of the ordinary for ER protocol. I worried it would cause too large of a cholesterol drop, which led me to ask the nurse about lipid panel results. Despite having four blood draws within 24 hours, there were no lipid lab orders showing up in the portal. The nurse stated that, per her view, lipids were not ordered up to the time of my discharge the next morning. I was told to follow up with primary care for cholesterol management, with no discussion of any lipid panel results, leading me to believe that indeed no lipid tests had been ordered.  However, by the end of the week, the portal showed that among the four blood draws there were two lipid panels drawn within seven hours of each other. The result release timestamp was within my stay and presumably could have been discussed if they were viewable to me or the clinical team.

Not all clinical data is in the portal: The nurse came in my room the next morning and shared that I would likely be discharged later that day. She was startled by my reply of “Great, because I can live with what’s going on here” (meaning the left side of my face feels like a long-term dental nerve block is in place, except I can talk and partake of sustenance). She had no idea my body couldn’t process sensation when my left cheek or jaw was touched! She just thought I was being observed to make sure I wasn’t at risk for having a stroke – but the portal didn’t show the symptoms or signs I actually had.

The portal may influence future physician selection: I didn’t plan to continue with the same neurologist I saw in the ER for follow-up. I’m a pretty involved, interactive person and seek the same from my doctors. As mentioned earlier, normally I would have picked a neurologist for follow up based on reputation and/or recommendations, as well as compatibility in personality. Yet this time I found myself trying to find another neurologist in the same healthcare system, just so they would have total access to the encounter data, especially since the facial numbness persisted at the time of discharge and no cause had been found. Incidentally, the ICD-10-CM code for my diagnosis, hemianesthesia, wasn’t assigned until after discharge. Fortunately, I did find another neurologist in the same clinic and he was able to access all imaging and data. By the time of my follow-up visit, the facial numbness had gradually resolved, even though the cause was still unknown.

And the prognosis? I live to “face” another day!

The post  Five things I learned from my EHR patient portal appeared first on 3M Inside Angle.